With the prevalence of mobile devices and the ability to be connected nearly anytime anywhere, children and teens are spending more and more time online and playing video games whether at home or on the go. Subsequently, it is important to be aware of the signs of addictive, problematic or compulsive behaviors towards both internet use and video games. Excessive or compulsive use of these media can be detrimental to a child’s physical, emotional and mental health.

How can media use lead to media addiction in children?

Today, research has shown that problematic, excessive and compulsive use of the internet and video games may lead to academic struggle, poor family relationships, impaired social functioning, and emotional and psychiatric problems. The link between addiction and media is largely due to the following: 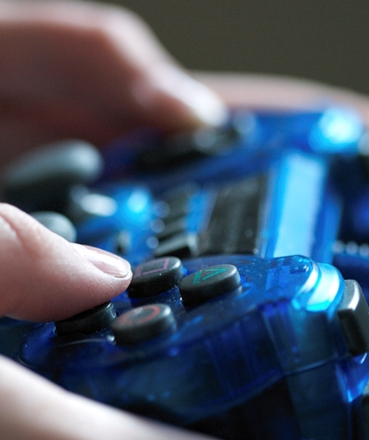 Although many children and adolescents use the internet, mobile devices and video games, making sure that youth are participating in these activities as part of a balanced diet of experiences can help ensure that they do not develop problematic, excessive or compulsive behaviors around media use. Here are several suggestions to help you guide your child’s media use:

Talk to your kids about using media purposefully and only when appropriate (for example, using a tablet to research a school project is a great use of media, but inappropriate during family meal time). Set time limits and parameters around media use with your children, and make sure that these expectations are enforced. Research shows that children are more likely to abide by media use rules when they are held accountable. Designate time for media use such as playing video games, socializing and completing homework, then turn the devices off and engage in a non-media related activity.

Be aware of children’s behaviors surrounding media, and look out for possible signs of problematic behaviors such as; spending time online or playing video games instead of participating in other activities, playing video games or using the internet for a longer period of time than agreed, lying about the amount of time spent with media in order to cover-up excessive usage, using video games and the internet to escape from other issues such as anxiety and depression, and consuming excessive media despite knowing the negative consequences.

Be aware of how you are using media, especially when your child is present. Know that even if they are young, they are aware of your behaviors. If you are spending excessive amounts of time using media such as the internet or video games, your child may believe that this behavior is acceptable and even begin to overuse media themselves. Going online and/or gaming with your kids can allow you to moderate their time spent using media and can help them learn how to balance their media use with other important activities.

Do you know a teen who wants to learn more about time management?