Stereotypes are simplistic and generalized ideas about a particular group of people. While stereotypes can be helpful for making quick decisions based on past experiences, they can also mislead us by thinking something is true about a person just because they belong to a certain group or look and act a certain way. Children are affected by the stereotypes they see and hear in media.

How can media contribute to stereotypes?

Many media such as TV shows, movies, and music use stereotypes in order to tell a story. Sometimes these stereotypes are wrong and reinforce false beliefs about how people belonging to a certain group look, think and behave. This can affect how children feel about people and how they treat them. Researchers have looked into links between stereotypes in media and how people think and act and have found the following: 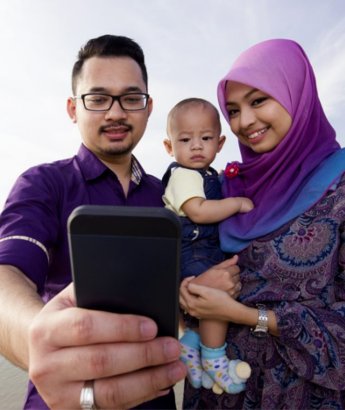 Although stereotypes are in nearly all forms of media, limiting the amount of media children are exposed to that contain negative and incorrect representations of people can help them learn to get to know others first before making assumptions about them based on how they look or act. Discussing stereotypes that children see, read or hear in media can also help children learn how to recognize them and understand that real people are more complex. Here are several suggestions to help you and your children better understand, recognize and limit exposure to stereotypes in media:

It’s hard to limit your child’s exposure to stereotypes as they are everywhere in today’s media. What you can do is limit their exposure to negative and incorrect stereotypes by choosing media that do not rely on them to tell a story. Read reviews, watch trailers and check out content first before allowing your children to watch and/or interact with it.

Teaching children to think critically about media can help them question and understand why people and groups of people are represented in a certain way. Encourage children to point out and discuss the stereotypes they find, especially when they go against what they know from personal experience. Learning how to recognize and deconstruct stereotypes can help children learn to judge people for who they really are, not just based on how they look, how much money they have or other singular qualities. Check out resources MediaSmarts for additional information and tools.

Be a media role model

Be aware of media you are using when your child is with you. Understand that even if your child may not understand the content, the stereotypes may still affect her. Parents should model for their children the behaviors they would like to encourage, including pointing out and talking about stereotypes, and by turning off or avoiding media stereotypes when children are present.