What do parents need to know about TV, Streaming Videos, and Movies?

Television shows, streaming videos, and movies are popular with youth and there are many different ways to watch, including:

Where can my child/teen watch videos online?

Children, teens, and young adults spend a significant amount of time watching on-demand videos. Video services that stream traditional television and film content that are popular as of 2019 include Netflix, Hulu, HBO Now, Amazon Prime Video, Sony Playstation Vue, YouTube TV, and Sling TV. Your child or teen may also watch other types of videos on YouTube, Vimeo, or other video hosting sites. Sites like Twitch, Facebook Live, YouTube Live, and Instagram Live offer livestreaming services, in which content is delivered in real time as it happens. Watching livestreams is a popular activity for youth, but given the real time nature of livestreaming, children and teens may be exposed to inappropriate content.

Watching many episodes, or even all episodes, of a TV show one after another is considered binge-watching. When children and teens spend all day binge-watching a series, they are displacing (taking the place of) other activities, such as physical activity and social interactions. Some youth may be binge-watching as a way to escape reality, and they may regret spending so much time watching TV after the fact.

What do I need to know about video services aimed at kids?

While some online and streaming videos may be on platforms that have “Kids” or “Family” categories, details about their content are largely unknown, and it can be difficult to determine how viewing will affect your child. Additionally, some videos included in these services may not be suitable for children. Before allowing your child to watch TV, videos, or movies on any service or platform, get to know the risks, benefits and how you can help them use and consume this content healthfully.

What should I know about TV and movie ratings?

Most mainstream movies and some traditional television shows have ratings set by outside organizations, such as the MPAA (Motion Picture Association of America). Sometimes the broadcasters themselves determine ratings, which are then reviewed by the TV content rating system under the FCC (Federal Communications Commission) that are meant to indicate the audience for which the content is appropriate. While these ratings can be helpful, it is always best to read reviews of a show or movie, or watch it yourself, in order to determine if it is suitable for your child. 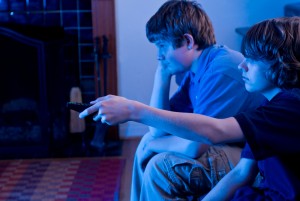 During 50+ years of research on the effects of watching television and movies, researchers have discovered… 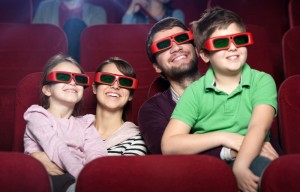 Television shows and movies can be powerful teachers. They can expose children to… 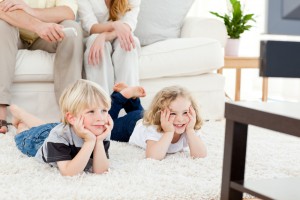 To help your child watch TV, videos, and movies television and movies healthfully, we recommend the following tips:

During 50+ years of research on the effects of watching television and movies, researchers have discovered a number of risks. Although streaming services and short-form video platforms are relatively new, researchers are studying how content and the time spent watching have the potential to carry negative physical and mental health risks. These risks include:

Television shows, videos and movies can be powerful teachers. They can expose children to new cultures, ideas, and places. They can tell stories, motivate people to act, and educate the public. Despite the potential for risks associated with television watching, research has revealed a number of benefits – depending on the content. These benefits include: