What do parents need to know about video games?

Video games are a popular form of entertainment for youth, and there are many different ways to play, including:

Regardless of the platform, many games have an online component, in which the game is played partially or entirely online against other players. There are many different types of video game genres, but a few common ones include:

Every game has a rating set by the Entertainment Software Rating Board (ESRB), but it is always best to read reviews of a game, and watch your child or teen play, in order to get a better understanding of the content. Many gamers also video broadcast their gameplay to a public audience (known as livestreaming) using online services like YouTube or Twitch, and your teen may be interested in doing the same. Before allowing your teen to livestream their own gameplay, learn about the risks and benefits involved. Esports, in which professional gamers compete in tournaments, is another way in which teens play and view games.

Video game “addiction” has also become popular recently, with both the World Health Organization and the American Psychological Association identifying gaming disorder as a behavioral health concern. If you are concerned that your child or teen may be struggling with their sleep, grades, or other health-related issues as a result of their gaming, see our Problematic Interactive Media Use resource for more information.

According to two recent studies about young children and tweens and teens:

Why are video games so popular? 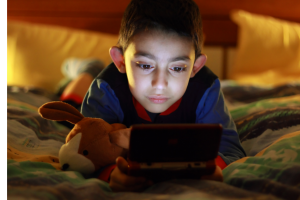 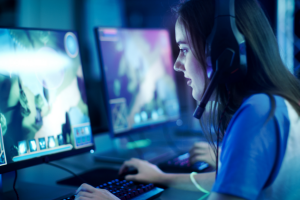 As with the negative effects of video games, the same principle applies: scientific research…
Learn more 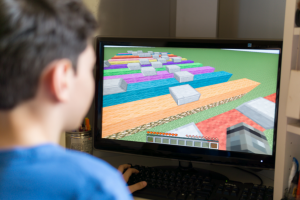 To help your child use video games safely, CMCH recommends that you consider the following tips…
Learn more

Scientific research has shown time and again that children learn from what they see on a screen. If they see violence being rewarded, they are going to learn that being aggressive is a good way to get what they want, and this belief can have long term effects on children’s behavior. The negative effects of video game playing include:

As with the negative effects of video games, the same principle applies: scientific research has shown time and again that children learn from what they see on a screen. It is important to think about the content of games as well as the experience of playing them. Some of the benefits of video games include:

Research is still emerging in this field, and more studies need to be completed before we know the long-term effects of video games on the health of youth.